XMas generates XML and WSDL file from a XSD ones

Once you loaded the XSD file, select XSD 2 XML to generate the XML ones

choose one between the interfaces contained 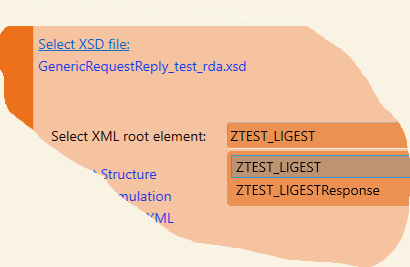 and decide as to produce the output:

If the XSD contains features that are not yet supported, the file is not imported and an error is notified

Any cookies that may not be particularly necessary for the website to function and is used specifically to collect user personal data via analytics, ads, other embedded contents are termed as non-necessary cookies. It is mandatory to procure user consent prior to running these cookies on your website.